Should You Give Up Gluten?

Gluten is the name for a bunch of proteins, that give gluten-containing foods that chewy, doughty texture. And it is found in a lot of food such as wheat, spelt, farro, semolina, barley, rye and durum but it is also hidden in foods such as soya sauce, marinades, seasonings and spices.

Most of us LOVE the stuff, especially because it makes our favourite foods taste extra delicious. For example, it makes bread doughy, pizza dough stretchy and is used to thicken many sauces and soups.

How many people do you know who are gluten free? The chances are, quite a few! Every day I meet someone who has self-diagnosed themselves as gluten intolerant or gluten free. And often, people assume that gluten-free is immediately linked to “health” and that gluten-free foods are the healthier option… but is that really the case?

In addition, because going gluten free means cutting out many carb food groups, its a common one for people to cut out in a bid to lose weight, without saying they are on a “diet”.

IS GOING GLUTEN FREE FOR YOU?

For those with celiac disease, being gluten free is a non-negotiable. Celiac disease is an auto-immune condition that attacks your own cells when you eat gluten. The body will treat even a crumb of gluten as an invader, and will set off an immune response. This immune response can result in damaging the small intestine, potentially causing both nutritional deficiencies and gastrointestinal distress, which can result in further complications if untreated.

A more recent discovery is non celiac gluten sensitivity which can result in some similar celiac symptoms such as bloating, diarrhoea and cramps but does not cause damage to the intestine. For this subset of individuals, reducing or removing gluten may bring them symptom relief. According to world renowned gastroentorlogist Alessio Fasano, 6% of the world’s population may be sensitive to gluten.

When an individual with celiac disease consumes gluten, this may trigger an immune response in the small intestine, which can result in gastrointestinal symptoms such as bloating, constipation, diarrhoea and fatigue. Considering that IBD also causes these symptoms, this clarifies how poorly managing your celiac disease can worsen gut symptoms.

Eliminating gluten if you suffer from IBD will not make your IBD disappear, however it may help to reduce inflammation in the small intestine, which can help improve gastrointestinal symptoms.

For those who have other autoimmune conditions, reducing or eliminating gluten may also be beneficial. For example those with Hashimotos Disease (an autoimmune condition that impacts the thyroid gland) may be advised to remove gluten from their diet as Gliadin (one of the proteins found in gluten) resembles transglutaminase (an enzyme of your thyroid) and may elicit or trigger further autoimmune responses. One study of 34 women found that removing gluten helped reduced circulating levels of thyroid antibodies. (2)

Many of my clients report suffering with digestive symptoms post eating gluten containing foods. And yes, that might be because they have a tougher time digesting gluten but it may also be because of certain FODMAPS found in gluten containing foods, and not actually down to gluten itself. As an example, rye bread contains gluten, but it also contains Fructans, a type of fodmap that can trigger bloating for sensitive individuals.

Interestingly, emerging research suggests that for some individuals, proteins found in gluten may trigger the release of Zonulin, a protein in the gut that regulates intestinal permeability (aka leaky gut) and is pro-inflammatory. If you are working with a functional medicine practitioner or gut-health nutritionist on your digestive health, you may be advised to try a gluten free diet to test tolerance and create a space to allow for gut healing.

Some people find that they feel more energetic when they remove gluten, however this might just be down to the kind and portion of carbohydrates they were consuming. Most people who eat a big bowl of pasta or a sandwich can feel tired an hour or two later. This is all down to the impact of carbohydrates on our blood sugar levels. Instead of jumping straight on the cut-out-gluten bandwagon, swap to wholegrain options and keep carbs to just ¼ of your plate and see if that makes a difference to your energy levels.

SIGNS OF A GLUTEN INTOLERANCE

There is no one sign or symptom that appears if you are gluten intolerant – it is usually a collection of symptoms that range from digestive symptoms to brain fog, fatigue, joint pain and even skin changes.

It is incredibly difficult to know if you have gluten sensitivity or a gluten intolerance, and for some people, they struggle to digest carbohydrates in general, not just gluten! The best thing to do is to listen to your body and keep a food and symptom tracker. Remove gluten for 2-4 weeks and reintroduce it slowly, in managed portion sizes, and list the symptoms you feel. If you find you get bloated, headaches, lethargic, brain fog or other symptoms, perhaps reducing gluten is right for you.

If you are having symptoms for longer than three months or have more serious symptoms including blood in your stool, check in with your GP.

Not necessarily! Many gluten-free products are made with refined grains to replace the gluten and have lots of added ingredients including sugars, preservatives and emulsifiers. If you are considering going gluten-free, reach for the naturally gluten-free grains such as quinoa and brown rice, over many gluten-free pastas and bread.

Skip out the gluten-free snacks and packaged foods, and focus your diet around veggies, fruit, lean protein and naturally GF grains such as brown rice, quinoa and oats. If you fancy a baked good such as a brownie or cookie, try to make it from scratch with all naturally gluten free ingredients such as almond or coconut flour, rather than buying the highly processed version with endless ingredients.

If you are following a gluten-free diet due to a self diagnosis for your uncomfortable gut symptoms, then be careful. You could be missing out on key vitamins, minerals and fibre whilst consuming higher volumes of salt, addatives and sugar without even knowing. A gluten free diet can reduce the diversity of your gut bacteria too, which over time can impact your overall health status.

If you do think you may have an intolerance to gluten then always work with a professional to diagnose you and help you get to the root cause of your symptoms.

I am now taking on new clients for my GUT HEALTH package where we delve deep into your trigger foods, visit the link below to book in for a free 15 min discovery call to find out how I can help:

Please note, Clarissa Lenherr Nutrition Limited uses affiliate links. If you buy something using these links, we may earn an affiliate commission, at no additional cost to you. 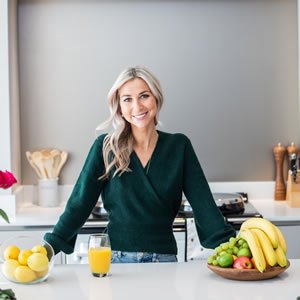 I’m Clarissa, a registered nutritionist (mBANT) and workplace wellness expert. In my practice, I have helped hundreds of clients reach optimal health through creating sustainable, effective habits and dietary adjustments. My aim is to empower people with the skills, tools and knowledge to take their health into their own hands and feel the happiest, healthiest versions of themselves. Featured in The Daily Mail, Women’s Health, The Telegraph, and more.

Sign up for my exclusive 'Happy Gut Health' Ebook with recipes, expert advice and latest news.

Thanks for subscribing! Please check your email for further instructions.

Something went wrong. Please check your entries and try again.

How To Reduce Your December Bloat- By a Nutritionist

By Clarissa Lenherr | December 1, 2022
Read More
Share this ArticleLike this article? Email it to a friend!
Email sent!